When it comes to team sports, the football head coach position may be the most complex and difficult to perfect. A head football coach – like any effective leader – must first establish the right foundation, culture and vision for the team. Next, they must be willing and able to adapt their style to match the personnel they have, as well as the competition they come up against and circumstances that may arise. They must surround themselves with solid assistants, and instill a clear game plan that everyone understands and can execute week in and week out. Most importantly, all seventeen coaches credit one or more influences for molding them to become the leaders they are today.

In celebration of 2017, we have identified 17 football coaches (10 college and 7 NFL) who have a strong understanding of self and efficiently execute on all five traits we deem essential to building and sustaining success for any team. For each, we’ve provided our take on their approach and reasons for their success.

Later this week, we will celebrate 17 corporate business leaders who are poised to take their businesses to the next level in the coming year.

On January 9, Coach Saban will attempt to win his sixth national championship, which will tie him with former Alabama coach Paul “Bear” Bryant as the winningest of all time. Players and assistants credit his focus and commitment to process for his winning ways. Everyone must buy in to the preparations needed to be successful and execute. Read my article from last year which compares him to #2 college coach, Dabo Swinney.

Favorite Swinney Quote:  “The only disability in life is a bad attitude.”

Coach Swinney gets his rematch with Alabama in a week. In a short period of time, he has built a culture for winning and has his players and staff believing due to a very dynamic personality that comes across to everyone. He expects his staff and team to focus on preparation. Coach Swinney also has an eternally positive attitude and “no excuses” mentality.

Favorite Meyer Quote:  “It is so easy to be average. It takes a little something to be special. Why be around average?”

Coach Meyer is intense, organized and competitive in everything he does. He is not in coaching to be liked. He draws energy and motivation from guest speakers and uses different analogies to illustrate points with his staff and players. Read more about his approach.

Favorite Petersen Quote:  “I’m never in front. I think this is a player’s game…I mean coaching is important without question, but it comes down to players making plays – and that day is their day – not my day. It’s their time to shine, their time to run through that smoke, their time to run in to that crowd which they love so much – they don’t need me out there in front for that.”

Coach Petersen led Washington to the College Playoffs in just his third season at Washington. He is always focused on the details and is committed to do the right thing. Players say he has a calm, cool coaching demeanor and is very humble. But as a person he is intense, dedicated and family driven. More on his style.

Favorite Fisher quote:  “One bad choice in life can cost you. Every day is 0-0. Every day you have to make good choices.”

Coach Fisher followed in Bobby Bowden’s footsteps, the second-winningest coach in college football history. His approach is to take the best from his mentors and constantly look for ways to improve and he has continued the FSU tradition of winning. While his decision-making style may be Engaging due to his dynamic personality, he focuses heavily on process. Read more about his style.

Favorite Franklin Quote:  “I am a passionate, emotional, football psycho. I wake up every single morning thinking about football. I go to bed thinking about football. I just really, really enjoy the game. And that’s how we coach. We go out and have fun. We fly around. If guys do something good, I’m going to scream and yell. If guys do something bad, I’m going to scream and yell. That’s just my personality.”

Coach Franklin came to PSU two years removed from the football program being in a widely publicized scandal. Since his arrival, Coach Franklin built on Coach Bill O’Brien’s 2-year success story by further building the culture to expect to win. Before Penn State, Coach Franklin made remarkable strides at Vanderbilt. Read more on his style.

Coach Chryst is said to be a traditional, “grind it out” coach. He expects his players to execute the game plan and out perform their opponent. Chryst modeled his style after his father, who was a former Wisconsin High School coach. Coach Chryst places emphasis on building trust with his players. Read about a day in the life of the coach.

Coach Harbaugh is a Michigan alum and former NFL quarterback who is known for his intense approach to game planning and in-game coaching. His recipe for success has worked everywhere he has been – Stanford, San Francisco 49ers and now. Read about his 5 methods which are seen as inspirational.
9. PJ Fleck (Western Michigan University)
Coaching Style – Blazing/Energizing Blend / Decision-Making Style – Bold/Engaging Blend

Coach Fleck has a passion for building a brand and winning culture which is evidenced by his “Row your boat” mentality. His team is 13-0 this year and plays in the Cotton Bowl today. Read my recent article on his keys to transforming his program and commitment to success.

Coach Herman is a disciple of Meyer’s. He is big on building the right culture and adapting the team’s approach to its existing personnel. Read my recent article on his keys to building a team the right way.

1. Bill Belichick (New England Patriots)
Coaching Style – Blazing/Thorough Blend / Decision-Making Style – Bold/Tactical Blend
Favorite Belichick Quote:  “For a team to accomplish their goal, everybody’s got to give up a little bit of their individuality.”

Coach Belichick has spent 42 seasons as coach in NFL and won 4 Super Bowls as Patriots head coach. His teams constantly finish at or near the top of the American Football Conference, in spite of key personnel changes or injuries. Since future Hall of Fame quarterback Tom Brady joined the Patriots, the pair have been a “lethal” force. Read more about his approach.

Favorite Carroll Quote:  “People make mistakes all the time. We learn and grow. If there’s patience and love, and you care for people, you can work them through it, and they can find their greatest heights.”

Carroll is one of the few coaches who has been a success both as a college head coach and NFL head coach. He takes a positive attitude and approach to the game, and finds ways to bring out the best in his players and coaches. He currently has 1 Super Bowl championship and is a disciple of Belichick.

Favorite McCarthy Quote:  “The team that gets to play to their plan is usually the team that has the most success.”

McCarthy is lauded for his offensive prowess and support of his players and staff. The Packers have won their division 5 of the past 6 years and been to the playoffs the past 8 years. His team won the final 6 games this season to win the division again. Yet, fans impatiently wait for him to lead them to a 2nd Super Bowl championship. Read more about his approach.

Favorite Reid Quote:  “Respecting people is an important part of life, whether it’s the person doing janitorial work or the person above you. It doesn’t matter who you are:  I’m going to respect you.”

Reid has been a head NFL coach for the past 18 years, and has been in coaching since 1982. Players laud him for his focus on fundamentals and the positive support he displays for each and every player.Great article that chronicles his coaching career.

Favorite Tomlin Quote:  “If our team doesn’t face enough adversity early on in a season, I create it. Nothing builds a team like adversity.”

Tomlin is in his 10th season as head coach of the Steelers. He is said to have an uncanny ability to relate to his players through thick and thin. Tomlin also has a swagger and confidence that rubs off on his team, and will back them up and take the fall when needed.

Favorite Quinn Quote:  “The one thing I have learned, and you can really feel it, is if it’s the same messaging and phrasing every day, that consistency shows up in players.”

Quinn has successfully guided the Falcons to a NFC South Championship in his second season as head coach, having rebounded from a first year collapse that left many critics questioning his leadership readiness. Falcons players refer to the team as a “family”. They say Quinn is super supportive of his staff and team, focusing on vision, process and sticking to the plan.

Favorite Gase Quote:  “Jon Kitna told me in 2007, ‘Players don’t care what you’ve done in the past. They want to know how you can help them on the field, how you can make them a better player, and how you can get them paid.’ If you can do those types of things, guys will respect that.”

First year coach Gase has the Dolphins headed to the playoffs in his first year after starting out 1-4. He has opposing coaches in awe of what he has done in such a short time. Gase credits former head coaches (Nick Saban, Mike Martz, Bill Belichick, John Fox) and fellow assistants he has worked with for preparing him for the role and his focus on process.

What are your Coaching and Decision-Making Styles? How are you leaving your mark on your team and others? Join us February 2-3 for our next Put Me In, Coach workshop where you can learn critical tools for building and sustaining an effective team. 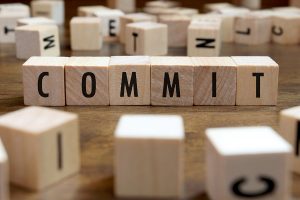